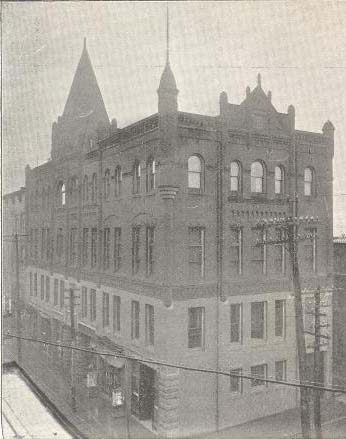 Historically, Freemasonry has been traced to Biblical times when men who were desirous of learning the building trades aligned themselves into “Lodges” for the purpose of learning the craft and finding work.  Over the years, the society flourished until it started receiving members who were not interested in taking an active role in the craft.  At this juncture, a separation took place.  One group maintained their lodges for occupational purposes, these were called Operative Masons.  The other group wanted to maintain the high ideals and philosophies, however, did not wish to practice the craft.  These were called Speculative Masons.

Known records date to 1599, those being the minutes of Lodge No. 1 of Edinburgh, England.  The Mother Grand Lodge of the world is that of England, inaugurated in London on St. John the Baptist Day of 1717.

In Pennsylvania, Freemasonry was traced to a period previous to 1730 in Philadelphia where Bro. Benjamin Franklin made references to the existence of Freemasonry in his Pa. Gazette.  Records also show that the grand Master of England did appoint a Provisional Grand Master, Daniel Coxe, for Pa. in 1730.  In 1731, a ‘Grand Lodge was organized in Pennsylvania with William Good serving as the Grand Master.  This Grand Lodge was a Predecessor of the present Grand Lodge and the first in the Colonies.  Many Masonic scholars still regard the 1731 date as the foundation of Pennsylvania Freemasonry, making it the third oldest Grand Lodge in the world.

In the year 1786, the Grand Lodge of Pennsylvania was constituted, independent of the Mother Grand Lodge of England. Three years after this, Freemasonry had moves west with the brethren at Bedford petitioning for a charter which was granted Dec. 28, 1789 for Bedford Lodge No. 48.

During the summer of 1846, a small band of Freemasons in Hollidaysburg decided to organize a masonic lodge.  Having made their application to the Right Worshipful Grand Lodge of Pennsylvania at the Quarterly Communication held Sept. 7, 1846, acted favorably on their petition.  On the 3rd day of December 1846, a Past Master Lodge was opened and Michael Kelly was installed as Worshipful Master of Portage Lodge No. 220 making this the first masonic lodge in our area.  The year 1853 was deemed a fitting time by certain masonic brethren to establish a second lodge in Hollidaysburg.  A month later, a number of brethren began to plan for a lodge in Altoona.  Clearly, the founding of Mountain Lodge No. 281 was a direct consequence of the founding of the City of Altoona in 1879, and the leadership of Mountain Lodge would draw heavily from that of the Pennsylvania Railroad (PRR) and the growing community.

The Charter Members of Mountain Lodge held their preliminary meeting on Aug. 4, 1853.  The minutes of this meeting show that a petition for a masonic lodge in Altoona had been previously prepared and taken to Harrisburg where the signature of the District Deputy Grand Master, Bro. John H. Berryhill was secured and recommending that Grand Lodge grant the warrant for this new Lodge.  At the Aug. 2, 1853 meeting of Portage Lodge No. 220, this lodge “Resolved that Mountain Lodge’s Petition be recommended to the favorable consideration of the Right Worshipful Grand Lodge.  Acting on the authority of Right Worshipful Grand Master, Anthony Bournonville, warrant No. 281 was issued to Mountain Lodge on Sept. 5, 1853.

The charter members of Mountain Lodge were active and held quite a number of meetings.  At the charter members meeting of Sept. 20, 1853, the fee for initiation and membership was fixed at $30.  The minutes also show that they met with some difficulty with the Committee of Grand Lodge.  Grand Lodge at the Quarterly Communication in September had referred their petition for a charter to a Committee with the power to act, and also referred the petition of Lodge No. 282 of Hollidaysburg to the same committee.  The Committee was of the opinion that there was no necessity for two Lodges in this District and postpone action until late in Oct.  They were inclined to grant a warrant to Hollidaysburg and refuse one in Altoona, evidently regarding Altoona as an insignificant village.  But the charter members meeting of Oct. 20, 1853 show that the warrant for Mountain Lodge had been received and the fee for the same – “$81.00 had been paid to the Grand Secretary.  At this meeting, final arrangements were made for the lease and furnishing of Patton’s

Records show that on the morning of Dec. 8, 1853, a Grand Lodge was opened in Hollidaysburg for the Constituting of Lodge #282.  Subsequently, later that same day, the brethren assembled at Altoona and Mountain Lodge #281 was Constituted in Ancient Form with Bro. Henry A. Sellers as Worshipful Master; Bro. J Cooper McKee, M.D., Senior Warden; Bro. C.W. O’Donnell, Junior Warden; and Bro. M.H. Jolly, Secretary with this Lodge closing at 4 o’clock P.M.  Immediately, a Master Mason’s Lodge was opened and our first petitioner, Herman J. Lombeart (the first General Superintendent of the PRR) was by dispensation Entered, Passed, and Raised to the Sublime Degree of a Master Mason and appointed as Treasurer.

On May 12th, 1905, the officers of our Lodge, by invitation of the R.W.G.M., James Brown, took part in the ceremonies of laying the cornerstone of the then New Altoona High School Building (the old Brown-stone structure since demolished and replaced by the present Auditorium).

As previously stated, the Lodge first met at Patton’s Hall.  On November 14, 1854 the Mountain Lodge purchased the Presbyterian Church located on the north corner of 12th Ave and 13th St. for the sum of $3,000 cash.  On March 4, 1855, this building was destroyed by fire. In 1857, the lodge purchased what was then known as the Campbell Hotel on 12th Street, paying $4,000 for this property.  This was a two-story building.  The Lodge put on a third story and fitted it up at a cost of $1,500.  On the 10th of February 1857, our Lodge moved into this new Hall and remained there until the erection of the Masonic Temple on 12th Avenue and 11th Street, which still stands today. Construction of this Temple was commenced in April of 1889 and completed in May of 1890 at a total cost of approximately $101,000.  In 1963, a charter was granted to The Masonic Hall Association of Altoona to conduct proceedings for the erection of a new masonic hall.  This Association was comprised of the three trustees of Mountain, Logan, and Hiram lodges and in 1984, ground was broken at 600 Jackson Avenue for our present Lodge Hall.  In 1985, all three Altoona Lodges moved in at this location.

Recent years have witnessed many significant changes at the Grand Lodge of Pennsylvania in general and Mountain Lodge specifically.  We have seen an upsurge of men in their 20’s, 30’s, and early 40’s beginning to assume positions of leadership, men with a broad range of educational and professional backgrounds.  In the 1990’s we saw the beginning of greater cultural diversity among our members as we admitted our first ordained rabbi, first Muslim, and first African America brother.  We hosted the first visit by the Senior Grand Warden of the Most Worshipful Prince Hall Grand Lodge of Pennsylvania on October 20, 1998.  On November 6, 1998, Mountain Lodge hosted the first Masonic Religious service at Temple Beth Israel, and involved representatives of virtually all the Lodges in the 20th Masonic District.